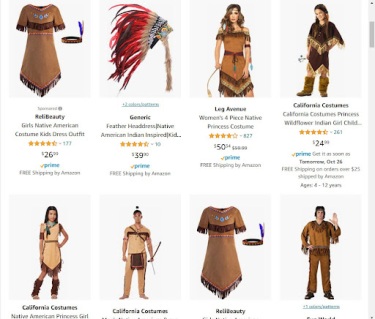 Each Halloween Webster Groves High School students are permitted to wear their costumes to school, granted they aren’t inappropriate, include a mask, weapon or face paint.

Those are stated clearly in WGHS’ rules, but there is no explicit mention of costumes that are culturally inappropriate.

About how cultural appropriation factored into school rule, Matt Irvin, principal, said “I don’t think there’s anything codified around specifically cultural appropriation. There is some language around, that schools often, I would include us in that, that usually put out in anticipation of, it’s usually around no face coverings, no face paint, no weapon or facsimile of weapon.”

Irvin said, “Those are definitely things from a safety standpoint, but also from another safety aspect of cultural appropriation, that would definitely be something that would be, kind of thinking about how we might guide and support students making selections for those who choose to dress up at the high school.”

However, Irvin said he is open to suggestions of what the administration could do to give cultural appropriation a more concrete position in school regulation, how to educate those who culturally appropriate and how this message could be presented to the student body in an accessible way.

Cultural appropriation is in focus in America, specifically around Halloween with costume shops selling merchandise with names such as “Arab Sheikh,” “Native American” and “Mexican,” and the instances of individuals donning black or brown face.

To figure out why American culture seems to have a problem with identifying cultural appropriation, American history must be looked at.

About what historical events or figures could have contributed to the development of this practice Jessica Pursell, social studies teacher, who teaches American history said via email, “The cultural appropriation of Native American symbols and dress has a long history. The first example that comes to mind is the Boston Tea Party where colonists dressed up as Native Americans to protest the Tea Act. This is problematic because by using (appropriating) Native American identity to meet their own needs means Americans often mis-use or even grossly disrespect Native American Culture.”

Pursell said, “This is so complicated because many Americans today and even during the Tea Party wanted to dress as Native Americans because they have positive feelings about Native Americans. Unfortunately because they are not knowledgeable about the specific culture they end up causing serious offense.”

About why there is such an issue in identifying and sympathizing with this appropriation Pursell theorized, “Due to previous assimilationist policies it is possible that many Americans today no longer have a deep knowledge and tie to the cultures of their ancestors. Therefore it might make it harder for us to understand how deeply hurtful misuse of anothers’ cultural symbols can be.”

Appropriation is not to be confused with appreciation. The Finery Report stated that, “Appreciation, by definition, is the act of recognizing or understanding that something is valuable and important. With this context, cultural appreciation is mutual understanding and benefit for both parties involved when implementing or portraying a culture.”

Cultural appreciation includes learning about a culture from its source, crediting these sources and having “fair compensation,” for example, purchasing cultural objects from the people of that culture directly.

To people of color the answer to why cultural appropriation is so harmful is obvious, but to white Americans there seems to be some confusion regarding why these costumes are offensive and why they should care.

According to the Journey article, “’It has always been an eerie experience to see a non-Native dress in make up regalia, even back when it was a fad,’ Elk said. ‘For anyone who knows that truth in the making of this country, you’d be properly spooked. For all of your [white] ancestors who came to this land aided in some form or way in the genocide and cultural genocide of millions upon millions of people that resided on this land for thousands of years.’”

Elk added, “The remaining survivors of this genocide do not want to see our culture, which has been torn to bits, getting mocked or romanticized by the slaughterer’s kin.”