*Former entertainment editor Abby Botan interned with the St. Louis Post Dispatch during the summer of 2016. Here are a few of her published works.
--“'Queer' in pop culture"
--"Top 10 Instagram Accounts to follow"
--"Historic Front Pages"
--"Charles Lindbergh"
*Class of 2009 former business/advertising manager Caitlyn Davis is a public relations strategist.
*Class of 2017 former sports editor/columnist Bennett Durando is a Auburn beat writer for the Montgomery Advertiser and USA Today Network
*Class of 2018 editor-in-chief Caroline Fellows is a attractions cast member at Walt Disney World
*Former editor-in-chief Kate Grumke is a a freelance reporter who also served as political producer for PBS and an Edward R. Murrow Award winner.
*Former sports editor Roy Harris is the author of Pulitzer's Gold.
*Class of 2015 former ECHO editor Aerin Johnson is a producer at KTVI Channel 2.
*Class of 2017 former ECHO editor Andy Kimball is a sports journalist for the Decatur Herald and Review.
*Class of 2019 print editor Ellie Marshall is a copy editor for the Maneater.
*Class of 2008 news editor Kate Midden is the communications director at the Global Health Advocacy Incubator.
*Class of 1978 ECHO staffer Russ Mitchell is an anchor for WKYC in Cleveland.
*Former technology columnist Sean Mullins is at Webster University and continuing his blog "Electric Retrospective."
*Former web editor Phoebe Mussman is a videographer/photographer at Lindenwood University and won the Jury Award for Best Cinematography and Sound at the Stronger Than Fiction Film Fest for her documentary "Qualm and Quietus."
*Class of 2021 entertainment editor Addie Palmquist is working for the University of Arizona's The Daily Wildcat.
*Class of 2019 editor-in-chief Cole Schnell is a copy editor for the Maneater.
*Class of 2009 web and podcast editor Kathryn Wolterman is a senior consultant at CGI

With a 15-3-2 record, and a 9 game, record breaking, win streak with the longest unbeaten streak in the program’s history.

The team always stays prepared for its next win.“We usually go into Coach Jeffrey Facchin’s room, and we discuss tactics and stuff like that for the game,” senior Henry Utterson said. “We see what the other team is going to do, we see what we need to do to win the game, and we all get ready together,” Doyle said.

Senior Will Kaupp agreed, “I think about the game and what I can do to contribute.”

“We warm up as a team and try to hype each other up,” senior Habi Baker said.

Staying energetic for the game is important. “I listen to music, you know I kind of hype myself up,” Kaupp said.
Listening to music is a way other players stay spirited. “I have a game day playlist that I listen to,” Doyle said.

“The season’s not over so there’s really nothing to celebrate about,” freshman Jake Clifton said about celebrating the team’s wins.

“Not really no,” Kaupp agreed. “It’s kind of business as usual until State.”

Although there still is time for celebration, “on away games we have a celebration on the school bus where we make a lot of noise,” Utterson said.

“Other than that we keep going,” Utterson said.

Doyle celebrates his personal wins in a different way. “I like to listen to ‘All I Do Is Win.’ It’s a fun song, and then I watch goals if I score,” Doyle said.

SLUH is a rivalry for the soccer team and was an exciting and memorable game, “Cause we always lose to them every year but this year we beat them so it felt really good,” Utterson said.

Kaupp agreed about his favorite memory so far from the season. “It’s kind of a really big rivalry and winning against them, especially my senior year, is just really cool,” Kaupp said.

The game was also one of Doyle’s favorite memories. “We’ve only beaten SLUH four times in the past 20 years, it’s so exciting, and beating them at their place,” Doyle said.

Although it was one of their toughest games, “SLUH because they’re big and physical and skilled,” junior Riley Mihill said.

Kaupp agreed, “They’ve definitely had the most adversaries.” 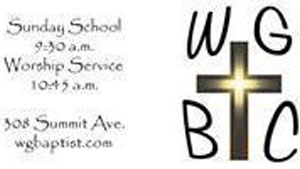 View all posts by izzypoole