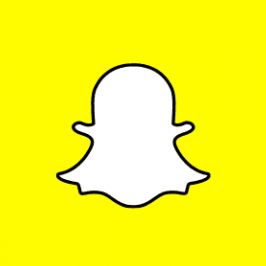 There are an estimated 37 million monthly Snapchat users, according to statista.com. Photo from docs.snapchat.com

This may seem like one disturbing event created by an outlier, male student. However, this doesn’t represent one situation that occurred between two students, but many parallel alleged situations experienced by many students.

It is an epidemic, a psychological phenomenon of sexual harassment that needs to stop.

Fourteen students said they received an unsolicited sexual photo, according to an Echo poll of 44 respondents.

Dr. Jennifer Siciliani, professor of psychology at UMSL, said, “What they (men who send these photos) are being, is offensive, abusive and victimizing.”

“Offensive, abusive and victimizing” may sound extreme for a picture. It isn’t. Despite the contrary belief of obviously some men, most people don’t want to receive an unsolicited sexual photo and feel “really uncomfortable,” “disturbed,” shameful and unsafe when they do.

A student who alleged she was sent an unsolicited photo said, “I’ve never met anyone who wanted unsolicited sexual pictures.”

Eleven of aforementioned 14 students said they received the photo via Snapchat.

When a large number of sexual harassment cases involve the use of Snapchat, where the photo and videos i.e. the evidence disappears after a handful of seconds and only with a subpoena or a warrant can be recovered, it becomes a dangerous situation.

In a system like this, harassers don’t feel accountable and continue their behavior without consequences or apologizing. These unapologetic men only leave the harassed to blame themselves.

A lot of the time these women in this situation feel like seeking accountability by reporting the misconduct does more harm than good.

Whether these claims are accurate or not, this mistrust of the administration and police is a problem that allows for a lack of accountability and perpetuates sexual harassment.

The administration cannot comment on any the disciplinary actions of any individual cases, so there is no way to see if any alleged harassers are being held accountable.

A student who said they were sent explicit photos and reported the incident said, “I should have the right to know what is happening to my harasser.”

Forty-six percent of women between the ages of 18 and 25 have received an unsolicited photo of a penis, according to a YouGov poll of 877 respondents. Seventy-three percent of these first received a “d**k pic” before they turned 18.

The first conclusion to jump to is men misinterpret signals leading to them sending graphic images of themselves.

Siciliani said, “[With] anyone outside of men trying to be abusive, [there] is a misinterpretation [in the situation].”

Siciliani said men think that they will get some kind of “sexual access” by sending these photos. The “misinterpretation” is somehow sending a photo will give men “sexual access.”

Nearly two women receive unsolicited pictures of penises to every one man who sends a picture according to the YouGov survey. They admitted to and knew they were sending those photos and did it anyway. The gap between senders and receivers must mean there are repeat offenders or/and people are lying. This is astonishing.

When sending pictures of something that is not socially acceptable to show in public, the only green light is explicit consent.

If they fail to get explicit consent, men need to be more receptive to the negative reaction of women and realize it is a chance for growth and sympathy. If this happened, maybe there would be fewer repeat offenders.

It doesn’t seem like treating the urge is an option in this situation. We don’t really know what exactly that urge is or how we would stop it. Men have to fight any urge by understanding the consequences of their actions, how they could be “offensive, abusive and victimizing.”

Men who have sent unsolicited photos of their genitals need to recognize their wrongdoing and apologize. An apology can go a long way.

Institutions need to create paths where alleged harassers can work towards sincere apology and a commitment to never be harassers again. The school does have a “restorative practice” curriculum for students with in-school suspension to help students better understand their behavior and its impact through dialogue and visual presentations.

This is a delicate balance that is very hard to enforce, but harassers need punishments, and others need to support the path of people who have harassed someone towards never committing this kind of behavior again. Whether the school is balancing these properties is unclear from an outsider’s perspective to a very opaque process.

Blackburn Park reopens as children return to their normals as seen by this boy climbing one of the park's trees. “Many children have been waiting for this day,” Erin Shank, Webster resident, said. Photo by Calum Shank