Home › Column › Electric Retrospective: Wii Will Miss U– Reflections on Nintendo’s Wii U

Electric Retrospective: Wii Will Miss U– Reflections on Nintendo’s Wii U 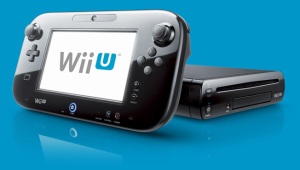 The Wii U may not be Nintendo’s most successful console, but it was certainly a memorable one. Photo from Nintendo

Nintendo’s newest console, the Switch, is finally on store shelves -if there’s a store that hasn’t run out of stock. However, before gamers move on to the next generation, its predecessor deserves a proper farewell.

After the phenomenal success of the Wii, Nintendo announced the Wii U as the Wii’s successor in 2011. Nintendo felt the Wii focused too much on the casual market, so the Wii U was designed to bring back dedicated gamers. However, its release in 2012 had many issues. The console’s main selling point is the GamePad controller, which combined buttons and analog sticks with a touchscreen. Marketing for the console focused too much on the GamePad controller, and as such, many confused consumers thought the Wii U was simply a peripheral for the Wii.

The console also had a weak lineup of games at launch, and throughout its life cycle, there were large periods of time without big releases, which led to consumers losing interest. While some third-party developers like Sega and many indie developers like Yacht Club Games stuck with the console, the Wii U lacked major third-party support. Even a price cut in 2013, while beneficial to sales, couldn’t save it, and the Wii U became a commercial failure.

Despite poor sales, the Wii U was positively received, and for many good reasons. The GamePad, for example, is an excellent controller that changes how games are played. Since the GamePad has a screen of its own, the TV screen can be used for the main game while the controller screen operates menus. This means the Wii U supports off-TV play, so a game can be played entirely on the GamePad while someone else watches TV. The Wii U also supports backwards compatibility with Wii games. The Wii U was the first Nintendo console to support HD graphics. Considering Nintendo’s games are generally more colorful and vibrant than triple-A games on other consoles, HD graphics made games for the Wii U absolutely stunning to look at.

While there may not have been perfect third party support, the Wii U’s library is fantastic. Installments to past franchises, such as “Mario Kart 8” and “Super Smash Bros. 4,” were critically hailed as the best games in their series, but new games like “Splatoon” were also massively successful. The Wii U also had excellent support from indie developers, including Wii U exclusives like “Runbow,” and other games that launched on other consoles, such as “Shovel Knight,” had features exclusive to the Wii U version that made the experience something special.

As of March, Nintendo has completely moved on. While games are being produced for it, Nintendo has ceased first-party support for the Wii U so they can focus on the Switch. A few popular Wii U games are even being ported to other consoles. However, while the company has moved on, Nintendo hasn’t forgotten the Wii U. After all, the Switch was based on the Wii U’s mechanic of off-TV play. Despite its financial failure, the Wii U is an excellent console, and it’s a shame it wasn’t a success.

However, due to its excellent lineup of games, as well as a controller that makes playing those games a blast, the Wii U could manage to have a cult following in the future.