Home › About Us › Bennett from the Bleachers: Reflections on season-opening Webster Classic

Bennett from the Bleachers: Reflections on season-opening Webster Classic 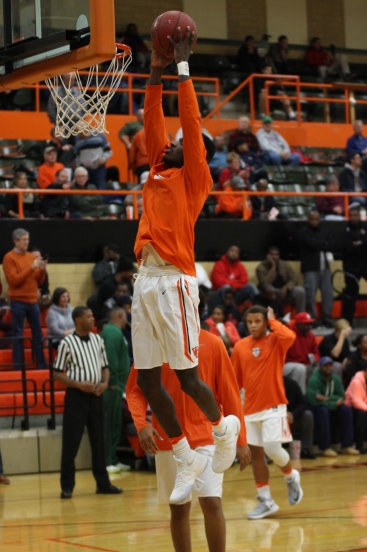 Junior Courtney Ramey warms up before the Statesmen’s season opener versus Marquette. (Photo by Andy Kimball) 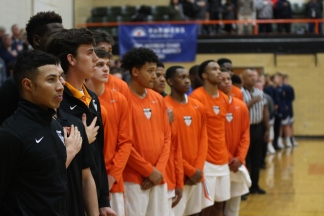 The Statesmen stand for the national anthem before their game versus Marquette. (Photo by Andy Kimball) 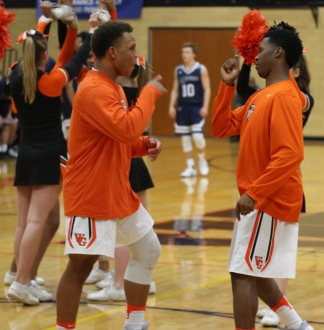 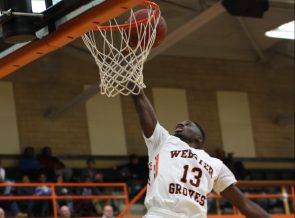 Junior Courtney Ramey dunks in a Statesmen win over Marquette. Ramey, who scored 28 points in that game, will commit tomorrow, sources say. Photo by Andy Kimball 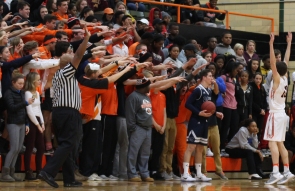 The Roberts Rowdies wave at an opponent. (Photo by Andy Kimball) 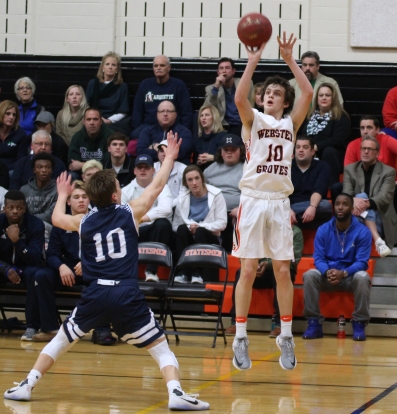 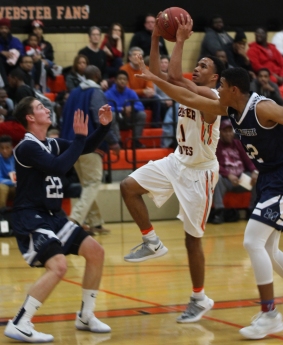 Junior Courtney Ramey puts up a shot versus Marquette. Ramey leads the Statesmen and averages 20 points per game. (Photo by Andy Kimball) 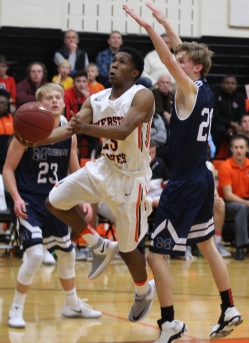 Senior Kevin Butler shoots versus Marquette in the Statesmen’s 78-42 win over Marquette on Dec. 7.

If the annual season-opening Webster Invitational told us anything about the state of the 2016-17 Statesmen men’s basketball team, it’s that it’s on the right track … but we shouldn’t get ahead of ourselves either.

In just about every preseason poll there was, Webster was ranked first or second in the state interchangeably with Vashon: not bad, especially considering Vashon is a class below the Statesmen and won’t pose a playoff threat.

It’s too early to be thinking about the playoffs right now though. Webster has plenty to perfect this regular season, most eminently a gaping, 6 foot, 9 inch hole that won’t be filled by Carte’Are Gordon until Jan. 22.

With the Class of 2018 top-10 national prospect and current junior center Gordon serving his transfer ineligibility until halfway through the season, Webster has to find a way to survive for a month and a half without sufficient size on its roster. Sophomore forward Malachy Simpson has showed vast signs of improvement but may not quite be starter-ready by that Jan. 22, deadline. 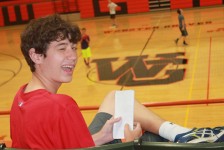 nds, the Statesmen have their senior guard Cam Potts taking tip-offs right now. Potts has been a rock on both ends of the floor, as has fellow senior Kevin Butler and junior point guard Courtney Ramey, but it still says a lot about Webster’s size without Gordon that Potts has to be in this position.

For now, the Statesmen’s priority needs to be preventing opponents from exploiting Webster’s size handicap. Luckily, for that to happen, nothing has to change; the best way to go about this is by playing vintage Statesmen basketball.

That’s the kind that has two guards in your face as soon as the ball is inbounded to you, the kind whose high-tempo, full-court press defense scored six points against Kirkwood last year in the time it takes us to register the first two points. The kind that has made Webster stand out through the years as the best team in transition for miles around.

What better way to test that kind of basketball than by doing so against some of the top teams in the area? Webster’s schedule is a bit tougher than in recent years, as shown by the competition in this year’s Webster Classic: Champaign Central, a top-tier Illinois team, won the tournament over another one of the best teams in Missouri, Chaminade, after Central beat Webster the day before in a wild 68-66 semifinal in which the Statesmen led for much of the fourth quarter.

It was a critical test for Webster, especially considering Central’s superior size. Though the Statesmen may not have passed in the win-loss category, they definitely passed in terms of their potential to handle bigger teams. They used excellent three-point shooting and all around play from their cornucopia of guards to stick around the whole game, even after falling behind by nine in the second quarter.

One weakness might’ve made all the difference though: rebounding. Champaign Central had a critical possession late in the game with three offensive rebounds. Then, with under five seconds to play and Central trying to put the game away at the free throw line, Webster missed a chance to get one last shot when Central missed the second foul shot but chased down the rebound in the corner and ran out the clock.

Let’s face it, it’s not easy for the Statesmen to box out against opponents several inches taller than them. You won’t hear them making that excuse though; for Webster, the saying has always gone “Toughest Team Wins,” not “Tallest Team Wins.” There will be improvements made in regard to crashing the boards, and important improvements at that, considering Webster’s schedule.

The Statesmen also play in the Meramec Tournament this December against some of the top teams in the area and will play on the road against Kirkwood, SLUH and of course, Vashon. 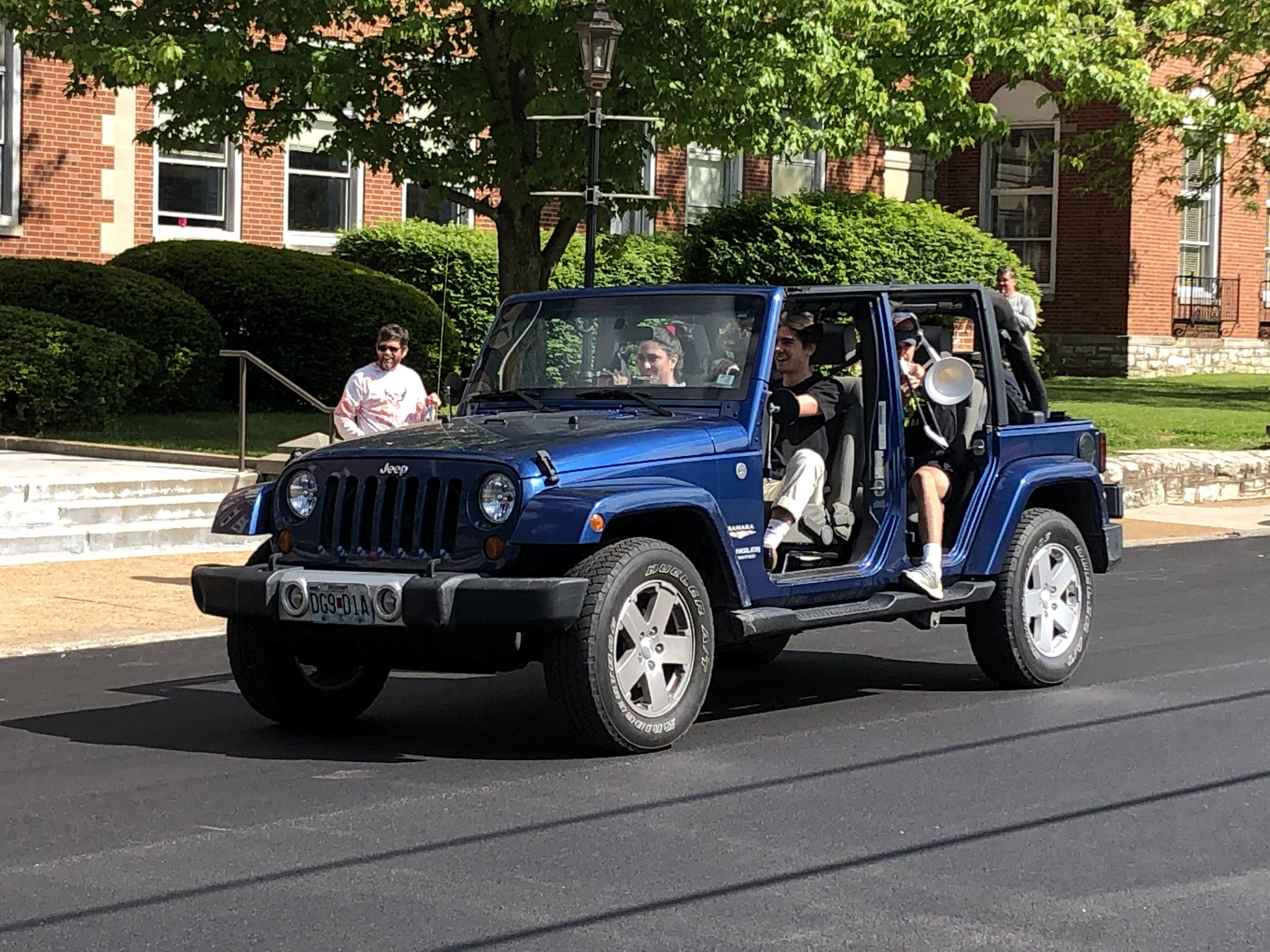