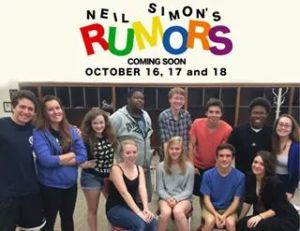 People filled the Little Theater for Neil Simon’s “Rumors” presented by the drama department Oct 16, 17, and 18.

Also the drama department will present Don Zolidis’s “10 Ways To Survive A Zombie Apocalypse” on Nov. 20, 21, and 22 on the Little Theater stage.

“I would do a scene with my Drama I kids, and they liked it, so I brought it to Schaefer and figured it would be a good way to bring in large crowds,” Romanowski said, about why Rumors was chosen.

Tickets were $7 for students and $10 for adults, and those who brought a canned food item got a dollar off.

“Rumors” is a failed dinner party for the anniversary of Charley and Myra Brock are celebrating their 10th year anniversary. When the Gormans, the first to arrive show up, they unveil a madhouse. The host has been shot, and his wife is gone, along with all the housekeeping staff. As others arrive rumors get untangled and straightened out about what actually happened.

These “Rumors” will be heard by many. 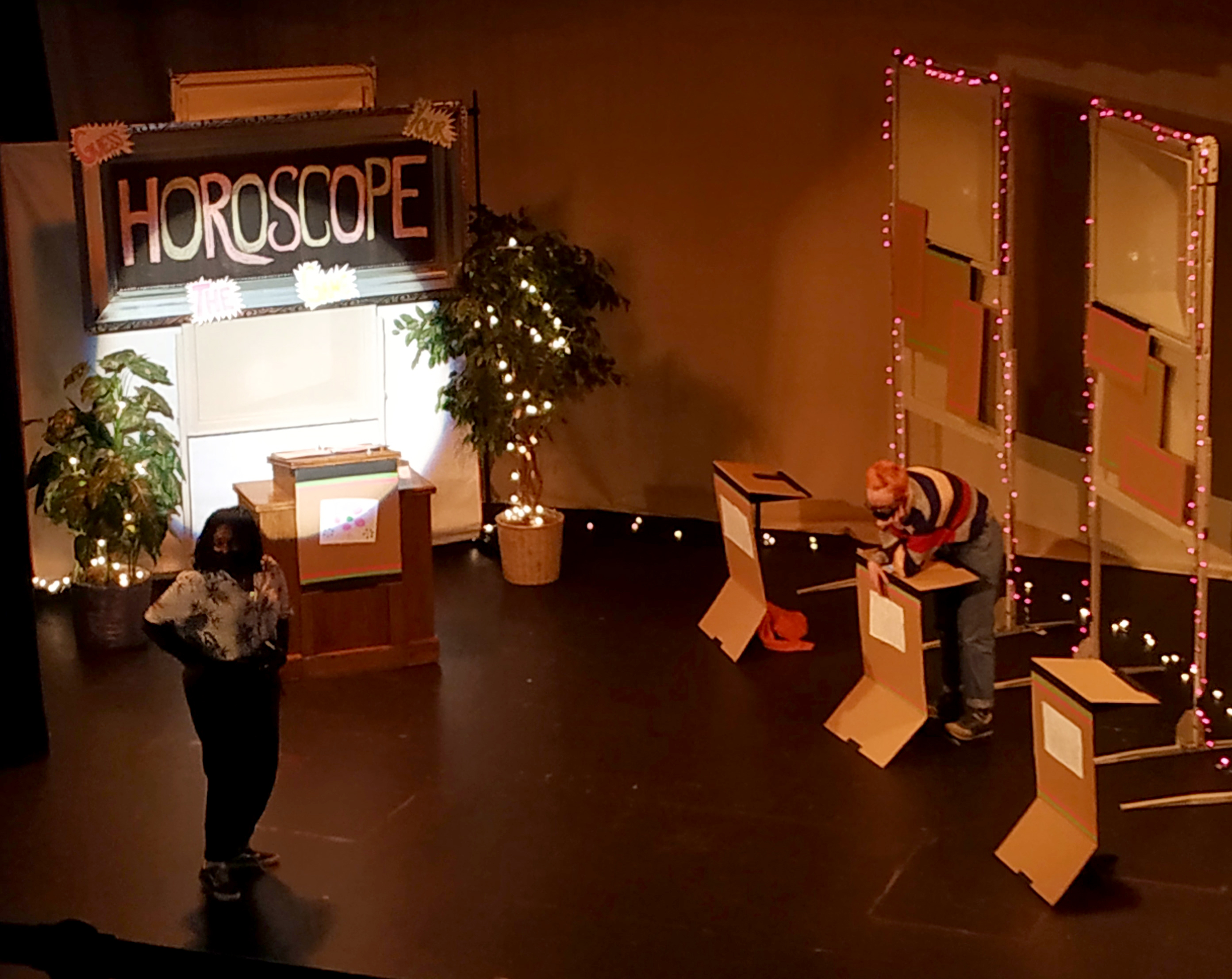