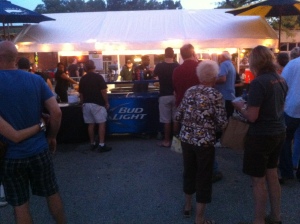 Photo by Jack Killeen. Adults at Webster’s Jazz and Blues Festival wait in line at one of the kiosks stationed on Gore and Allen Avenues that offers alcoholic beverages.

Webster’s annual Jazz and Blues Festival is an opportunity for the audience to hear hot music and for students to try to drink cold, illegal substances.

According to high school police liaison Dan Dixon, Webster Groves stations roughly 10 police officers at the festival, with one on every corner and others in the crowds and walking around. They keep their eyes peeled for underage drinking, watching for red flags like open containers, mugs from different restaurants, stumbling high schoolers, red eyes and belligerency. If they see minors hanging around the parking lot, frequently returning to cars to potentially refill drinks, the officers’ suspicions are aroused.

Dixon said, “We really haven’t had many problems at jazz fest with underage drinking. It’s harder for a student to drink and not be seen by adults who know their parents.”

Senior Katie Flood said, “I think that jazz fest would be an easy place for high schoolers to do it [under-age drinking] because the adults are drinking and occupied, so they aren’t paying attention to whether their kids are drinking.”

Missouri law defines adults as 17 and older and the legal drinking age as 21. Until they are 17, citizens are required to have a blood-alcohol percentage of 0.00 percent but cannot be arrested due to their juvenile status.

When underage citizens are found in possession of alcohol, they are immediately given a minor in possession (MIP) offense. Underage adults must have a blood-alcohol percentage less than 0.08 percent. The proportion of drinks to percentage differs for everyone, being dependent on size, height and gender.

“When you don’t arrest anyone, it’s a good day,” said Dixon.

Officers may be on the job, but Dixon recalls seeing a few get down in the crowd, enjoying the music the same as the audience. Dixon said, “There’s nothing’ like some good jazz and blues.” 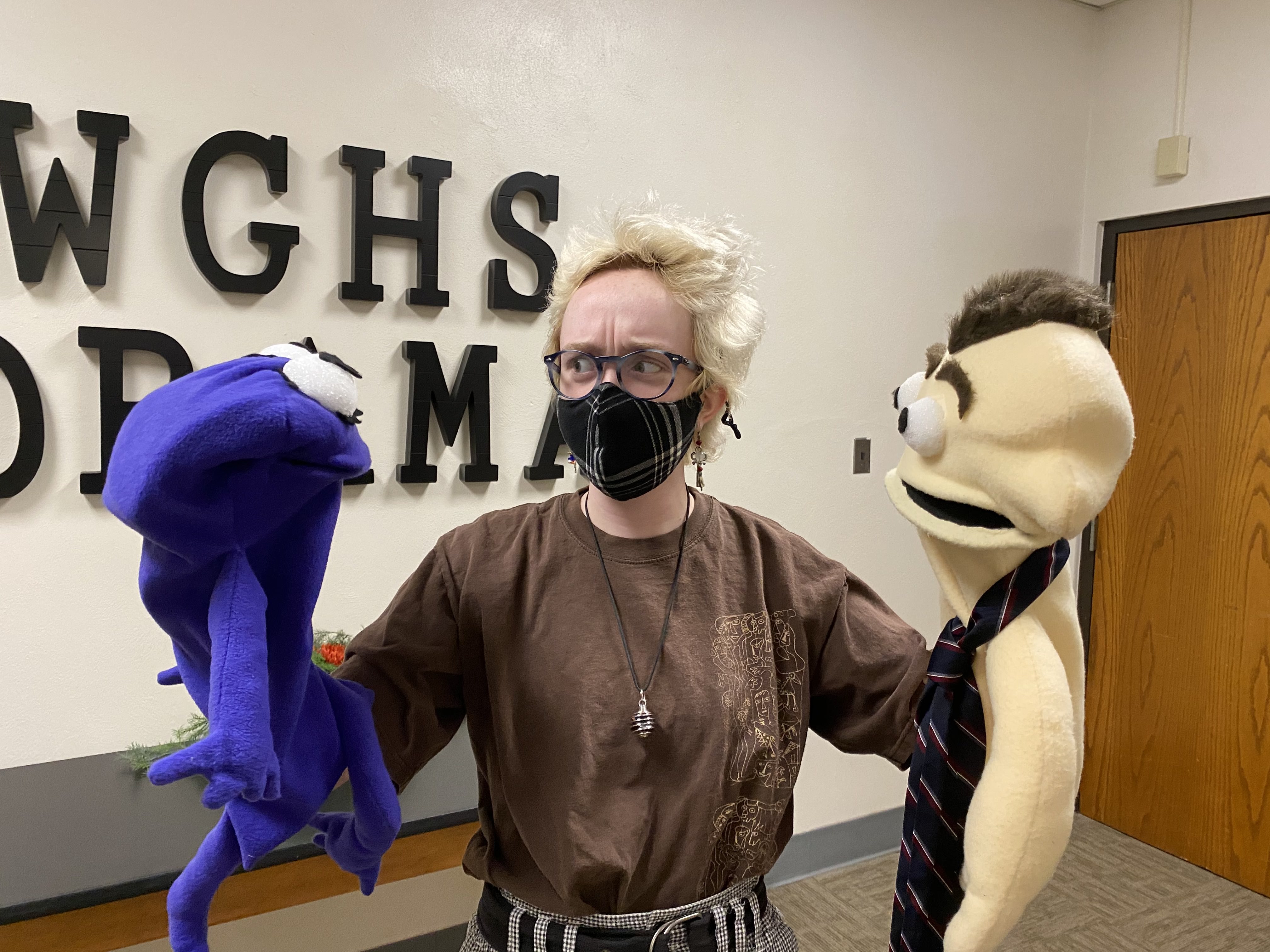 Senior Amelia Griesedieck demonstrates puppeteering in preparation for “The Meta Plays” by Andrew Bliss, a series of eight one-act plays that break the fourth wall and teach something about theater. The performance will be Wednesday, May 12, at 7 p.m. in the auditorium. Photo by Zeke La Mantia