Fields from the Frontline: Webster Skatesmen thrive in rink

The Skatesmen play at the ice arena with John Burroughs. The final score was 2-2 as the result of a clinch tie in the last 30 seconds of the game. More games like these gather people and inspire interest of the sport for the future. Photo by Shawn Buchanan Greene

Following past seasons of hardships, the Webster Groves Skatesmen have come through with a more successful season.

In seasons past, the team, as any good sports team has, had its fair share of obstacles. Although the team has always been rather strong, according to some players, it had some issues with finishing the games as strong as it would start them.

Along with some issues in ending strong, the team also had some players fall victim to injuries, damaging the team synergy and productivity.

Another issue the team faces lies within issues of not being considered a school-sponsored sport. There’s several theories as to why this is, one being the fact that hockey is a very expensive sport, but the real reason being that as hockey isn’t a MSHSAA recognized sport, so the school can’t sponsor it. As a result, the team does not get as much recognition on school grounds or through school centered things.

“It’s alright. I wish we were school sponsored, but every high school team in the state is not school sponsored… It’s kind of hard because you see all this stuff around the school, but there’s nothing about hockey. I wish we had maybe a team picture on the wall. . . but I understand because we aren’t school sponsored,” senior Alex Wiedemann said about not having a larger amount of school support.

One could understand how it could be a bit disappointing not being recognized with the other sports of Webster, Skatesmen’s events not publicized on the morning announcements or on the sports calendar, but the Skatesmen do not allow this to work as a hindrance to its success and productivity.

Despite not having a large prominence within the walls of Webster, the Skatesmen continue to thrive on the rink. The team has made a bounceback from having players out for injuries, and now have a fuller team with more success.

One of the team’s bigger wins was a game where it won 13 to 2 against St. Mary’s Nov. 16, a huge success for the independent team.

Poll: What is the best part of the All Write festival 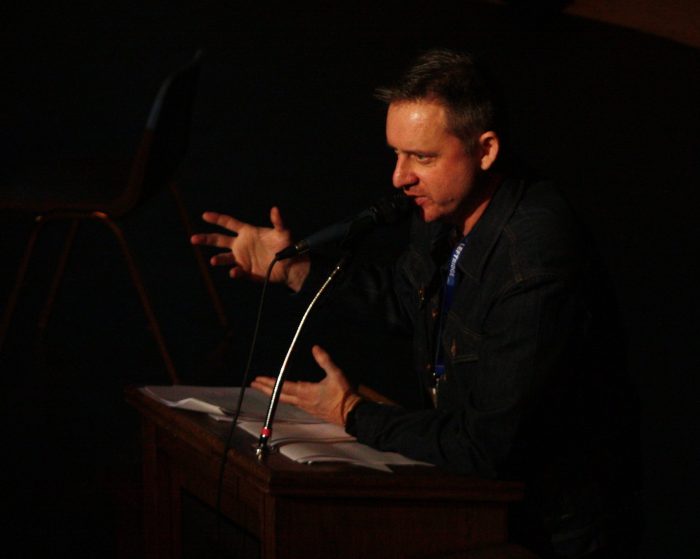