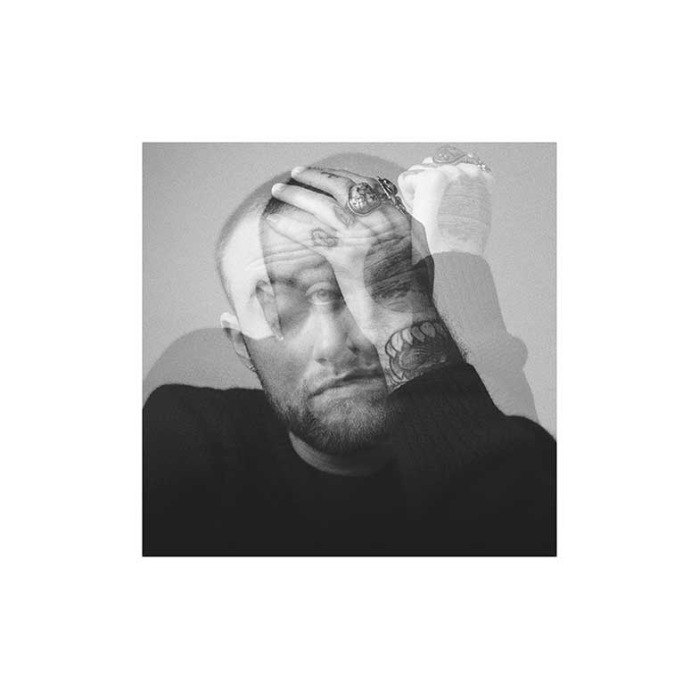 In relation to Miller’s previous album, “Swimming” (2018), “Circles” was thoughtfully named in connection, creating a “swimming in circles” ideology.

According to McCormick’s family, “Circles” was created as a companion album, stating, “two different styles complementing each other, complementing a circle.”

Prior to the release, McCormick’s family took to his social media platforms to announce the album’s upcoming release and share its feelings.

The harrowing message began with, “Here we are. The act of having to write this at all feels surreal.” In the words of the Washington Post, McCormick’s family mourned privately, as alluded to in the statement. The community mourned publicly.

“He had been working with Jon Brion, who after hearing some of his early versions of songs, cleared his calendar to help Malcolm fine-tune them. After his passing, Jon dedicated himself to finishing ‘Circles’ based on his time and conversations with Malcolm. We are eternally grateful to Jon and to those who gave their best to the difficult and emotional task of putting out this body of work,” the Post reported.

The Post continued, “This is a complicated process that has no right answer. No clear path. We simply know that it was important to Malcolm for the world to hear it. One of the most difficult decisions in the process is how best to let people know about it– how to communicate meaningfully while keeping sacred what should be kept sacred, so this will be the only post on any of his channels… Thank you to all of the fans who’ve supported him unconditionally through the years. We miss him. We are left to imagine where Malcolm was going and to appreciate where he was. We hope you take the time to listen. The look on his face when everyone was listening said it all. With humility and gratitude. Malcolm’s family.”

McCormick died in September 2018 at age of 26 in Studio City, CA. His death was classified as an accidental overdose of fentanyl, cocaine and alcohol. Remembered by his loyal fan base, supportive since before 2011, the young artist’s passing was a shock to all.

Boasting five top studio albums, McCormick’s album “Swimming” came out a month before his death. In just weeks, the representation and meaning of the work completely transformed.

The album debuted at number three on the Billboard top 200 chart, receiving a best-rap Grammy nomination the following year. Rolling Stone called “Swimming,” “the most impactful album of his career.”

According to the Washington Post, “In a Vulture profile published the day before Miller’s death, writer Craig Jenkins noted that the rapper, who was ‘finally making the music he’s always wanted to make,’ had reached out to renowned music producer and composer Jon Brion toward the end of recording sessions for ‘Swimming.’ Miller, outwardly ‘awestruck,’ told Jenkins that Brion taught him ‘a lot about putting together stereo sound, using all of the space in the speakers and what that does to texture.”

In anticipation of its release, fans questioned if “Circles” could be a depart from “Swimming,” rich in its hip-hop roots.

“Circles,” the first track of the album, is just as much honest as it is genuine. The title track of the album is incredibly reflective of McCormick’s time on earth and the universal impact he has instilled within the people on it.

Simple stylistically, “Circles” is one example of McCormick’s one-of-a-kind R&B style. More than anything, it’s Mac.

Equally impactful, “Complicated,” “Blue World,” “I Can See’ and “Everybody” are standouts on the record.

“Good News,” the lead single off of “Circles,” truly hits home with listeners. Upon it’s release, postings of the song flooded social media.

One of my personal favorites, “Woods” reflects past work that cult fans and followers know and love. Initially soulful and rhythmic, the beginning of track seven automatically sets a precedent for a stand-out song. Equally catchy and passionate, “Woods” is out of the ordinary.

Simple beats, unparalleled vocals and poignant lyricism make up track eight. “Hand Me Downs” proves that when Mac has something, anything to share, people will listen. They always have.

A few constant characteristics come to mind when describing the track: sultry, addictive, unmatched, and of course, amiss without McCormick’s incomparable vocals.

“Circles” is available on all streaming sites including Apple Music, Spotify, SoundCloud and more.

Due to Concerns Regarding the Spread of Coronovirus, the high school building will be closed and all activities suspended until April 22.

Sophomore Eliza Maupin goes up against a Kirkwood player in the District final on March 5, at St. Louis University High School. The team lost 34-38 after a late run by the Pioneers to squash the team's 23-14 lead at half time. Maupin ended with 7 points. Photo by Lindsey Bennett